A Total Party Kill (TPK) is just that: when every character perishes during a single encounter. It can happen for a variety of reasons. On the player side it might be overconfidence, carelessness, or a lack of communication. TPKs usually occur during smaller encounters rather than the expected climactic battles. Poor dice rolls can escalate a situation quickly. In this series, we’ll talk about how the Total Party Kill it can happen, how to handle TPK after the fact, and if it should (or shouldn’t) happen in your campaign. 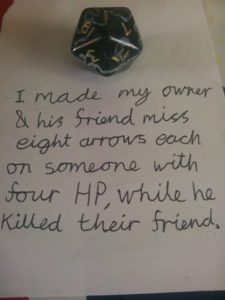 Often, the style of play is what takes the blame for TPKs. Game Masters usually come in two flavors: realistic or cinematic. Some game systems lend themselves to one or the other, however, they are not mutually exclusive by any stretch of the imagination.

Realistic play styles are detail focused. Many tasks require more granular dice rolling; a realistic game requires the player to perform several steps to complete any given task. For example, a character leveling up may be required to find a teacher to attain new abilities; or a character must search out a craftsman of renown to have a special item made. GMs of this play style may be less inclined to “fudge” a die roll or use their divine will to save the party from a TPK.

Cinematic play styles envision the characters as the heroes of the campaign. Consequently, scenes are often less deadly to the characters. As in many Hollywood movies, players – like film audiences – expect the heroes to survive any challenge placed before them. However, even in cinematic play, the characters must face some threat. If encounters are a walk in the park, the game quickly becomes boring. To become invested in the story, they must experience a sense of loss, risk, or fear.

Tell Them What to Expect 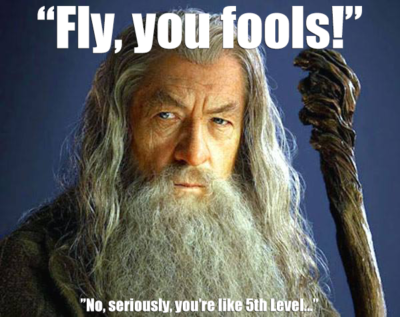 An experienced Game Master informs the players of their GM’ing style during character creation. This ensures that the players are not caught off guard if it’s their first time with this GM and may reflect in the player’s choice of feats or skills.

When presenting a scene to your players, as GM it is paramount to ensure the players understand the risks involved. Characters cannot win some scenes, and wise players should know that sometimes characters must flee.

As Gandalf said, “Fly you fools!”

I’ve played in and GM’d games where everyone had spare characters already made–we knew the gamemaster was particularly lethal or that the sacrifice of one or more characters would mean the party could succeed. Knowing this and being prepared didn’t alleviate the sting of losing a beloved character. However, it allowed us to move on and continue playing, as seasoned players, we understood “sometimes characters die in good storytelling.” Facing death makes the characters heroes.

See the next article in this series After the TPK or “What do we do now, Boss?”