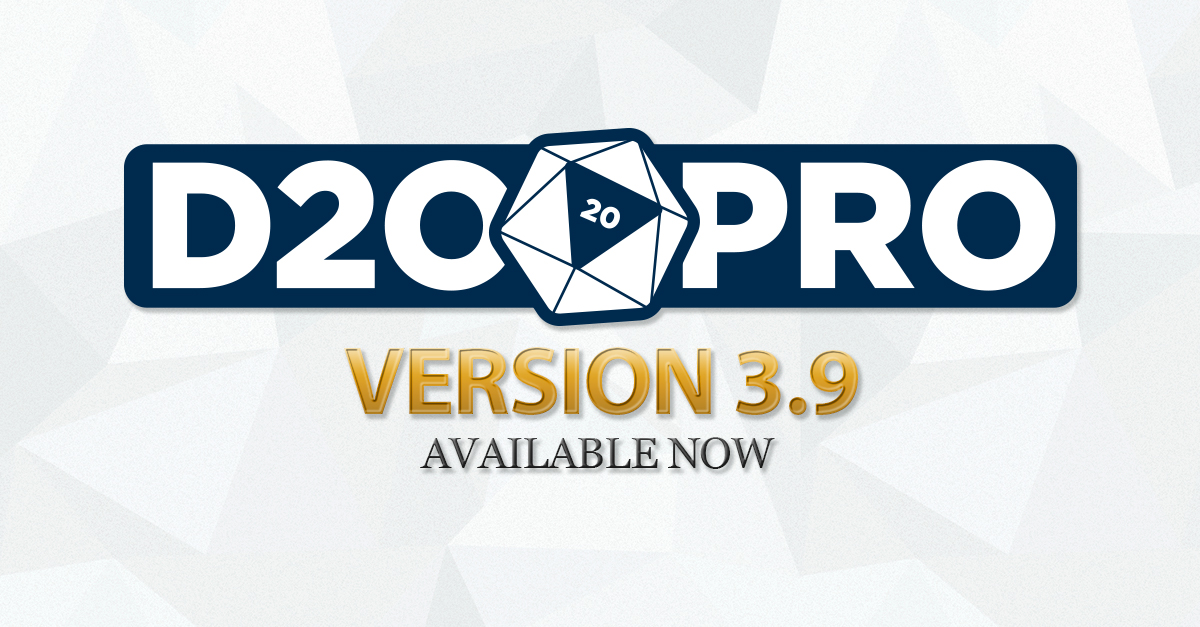 Version 3.9 of D20PRO includes a large collection of bug fixes and updates. Here are the core changes in the 3.9 release.  This list includes changes from 3.8.x as that version ended up being a live beta build stream instead of a proper release (to those of you who followed it and updated so often, thank you!).

For a full list of changes please see the Release Notes document in the installation directory or view them online on the D20PRO Guide web site.

In addition to the guide above, we will be releasing a series of blog posts highlighting various changes and going over migration plans for people moving from a campaign from an older version to 3.9.  There are some “gotcha’s” in migrating from an older version to 3.9 as many of the underlying data structures have been updated or completely re-written to support the new features and provide future forward development paths.

For a highlight of the update instructions, please stop by the discord channel and check out the Support-FAQ.  Many of the pinned messages are in regards to upgrading to 3.9 from a previous version.

If you are not already part of our discord, you can join by clicking this link.