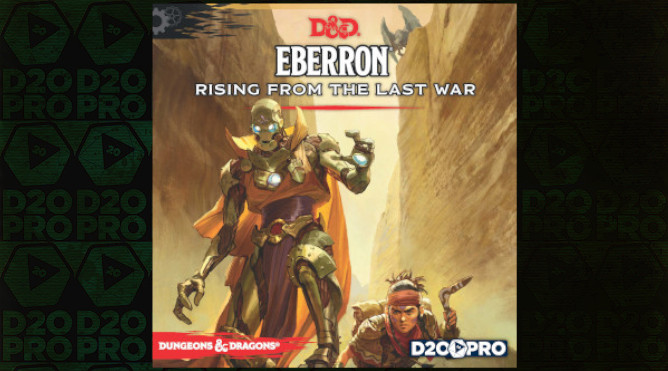 Explore the lands of Eberron in this campaign sourcebook for the world’s greatest roleplaying game.

This book provides everything players and Dungeon Masters need to play Dungeons & Dragons in Eberron–a war-torn world filled with magic-fueled technology, airships and lightning trains, where noir-inspired mystery meets swashbuckling adventure. Will Eberron enter a prosperous new age, or will the shadow of war descend once again?

The D20PRO – D&D Core Players Handbook is required to make use of this product.

To fully utilize this product, you will need a copy of the printed D&D Eberron: Rising From The Last War product. For more information on where to buy, go to Wizards of the Coast.

You can buy and download products directly from the D20PRO software. Click on the Marketplace link in the main D20PRO menu, then click Launch Marketplace [step-by-step instructions].