Download Into The Pale Tower from Storm Bunny Studios Now 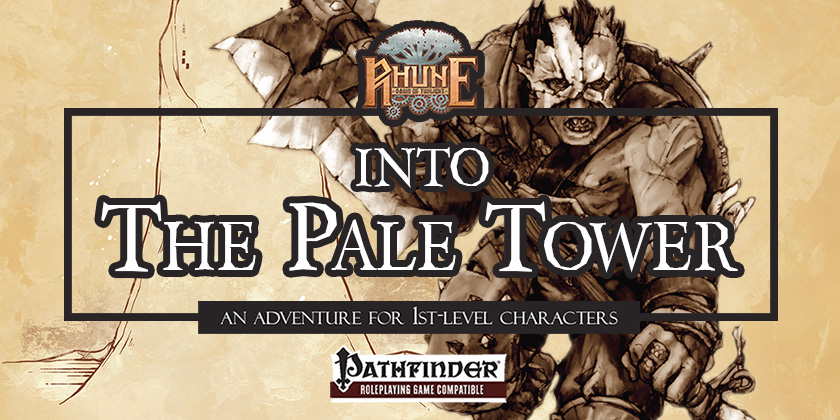 The frozen north calls your players in Into The Pale Tower, a new Pathfinder adventure from Storm Bunny Studios for 1st-4th level characters – available now on D20PRO.

When an attack on the Hanging Gardens of Hammerfall put the heroes into the very heart of chaos-they quickly discover just how dangerous the foes of the City-State of Vallinar can be! After meeting with some of Union City’s more notable personalities, the heroes travel north to the frozen lands that surround Northgard, the last major military settlement to stand watch against the hordes of thrall-bound barbarians that hunt the North.

As the heroes explore the North and aid the people there, however, they soon discover a darker force is at work–and the only the bravest dare enter the infamous Pale Tower.

You can buy and download Into The Pale Tower directly from the D20PRO software. Click on the Marketplace link in the main D20PRO menu, then click Launch Marketplace [step-by-step instructions].