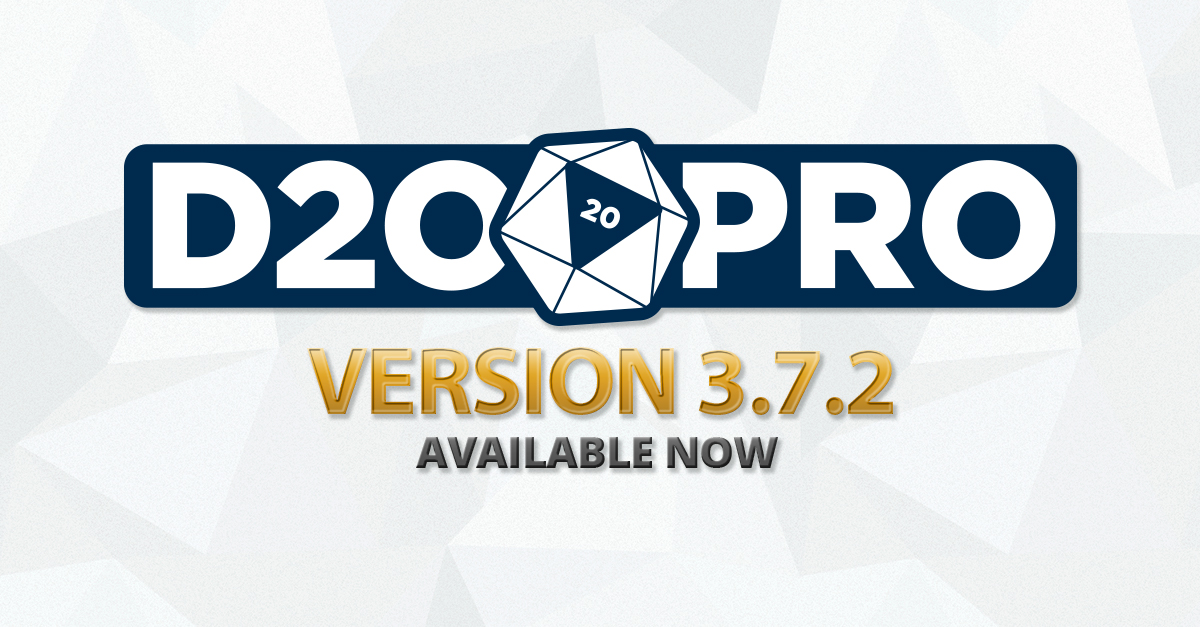 The latest version of D20PRO adds a vastly overhauled back end for features and traits library. This includes all aspects of the Rules Library. Download it now!

D20PRO version 3.7.2 is here and it introduces a TON of exciting new features and gameplay enhancements. You can download it now from the Get D20PRO page. Read on for feature highlights and a peek at what is coming next.

Check out the release notes for a full list of the features and enhancements packed into D20PRO version 3.7.2.  Below are some of the most significant highlights:

What does all the above mean for you? First, it represents a significant enhancement to the gameplay experience within D20PRO. Second, it sets the stage for further feature and content enhancements.

As you can see, there is quite a bit of RPG gaming goodness packed into D20PRO 3.7.2, but there are even more new features and content on the way. It is going to be a very exciting summer for D20PRO. Stay tuned!